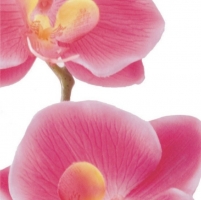 The apartment is excellent for students' accommodation of a single person.The studio is facing East and South and is therefore very sunny. 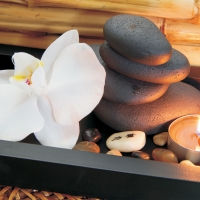 The apartment is excellent for students' accommodation of a single person or a couple.The spacious studio overlooks the inner courtyard of the building and is therefore very quiet. 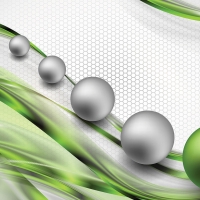 The apartment is excellent for students' accommodation - a couple or a single personThe apartment overlooks the inner courtyard of the building and is therefore very quiet. 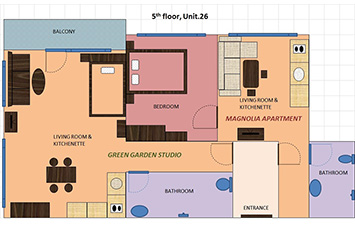 SPECIAL OFFER:RENT THE WHOLE UNIT 26 BEFORE SEPTEMBER 1ST AND GET 240 EUR DISCOUNT FOR ONE YEAR 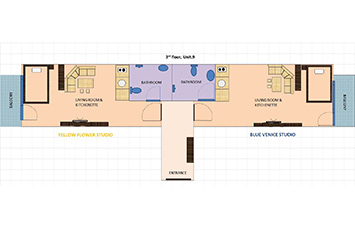 SPECIAL OFFER:RENT THE WHOLE UNIT 9 BEFORE SEPTEMBER 1ST AND GET 360 EUR DISCOUNT FOR ONE YEAR

The apartment is excellent for students' accommodationThe apartment overlooks the green park near the building and is therefore very quiet and sunny. 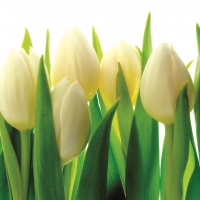 The apartment is excellent for students' accommodation of a single person.The studio overlooks the inner courtyard of the building and is therefore very quiet. 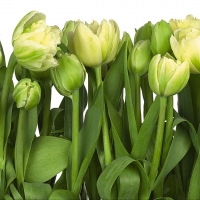 The apartment is excellent for students' accommodation of a couple or single person.The studio is facing South and West and is therefore very sunny. 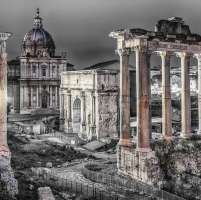 The apartment is excellent for students' accommodation of a single person.The studio is facing South and West and is therefore very sunny. 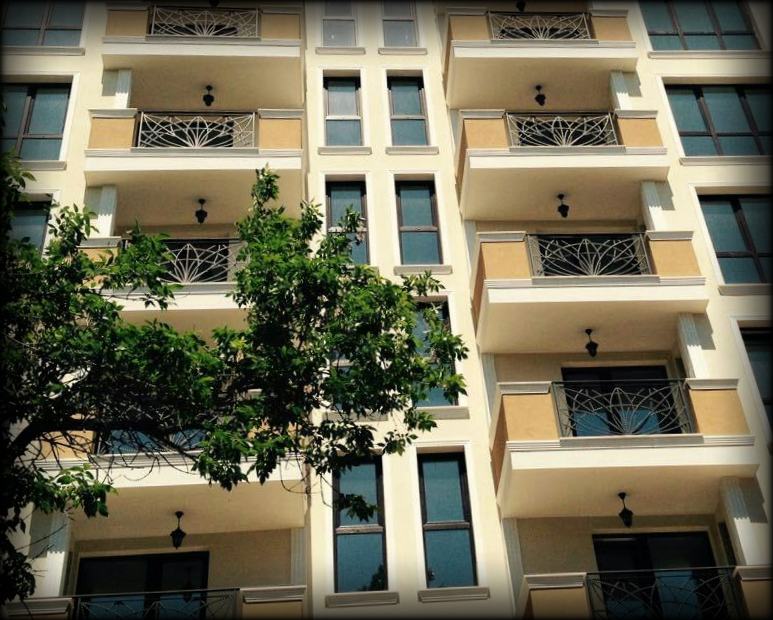 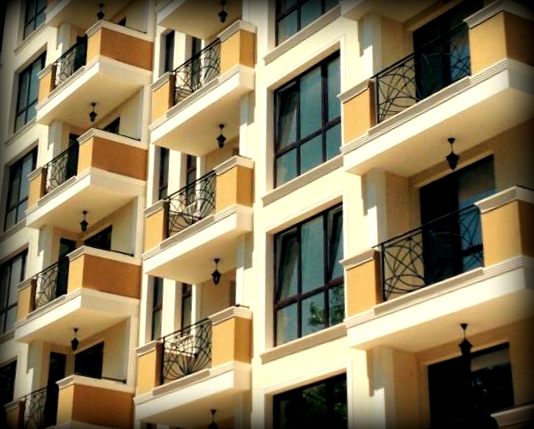 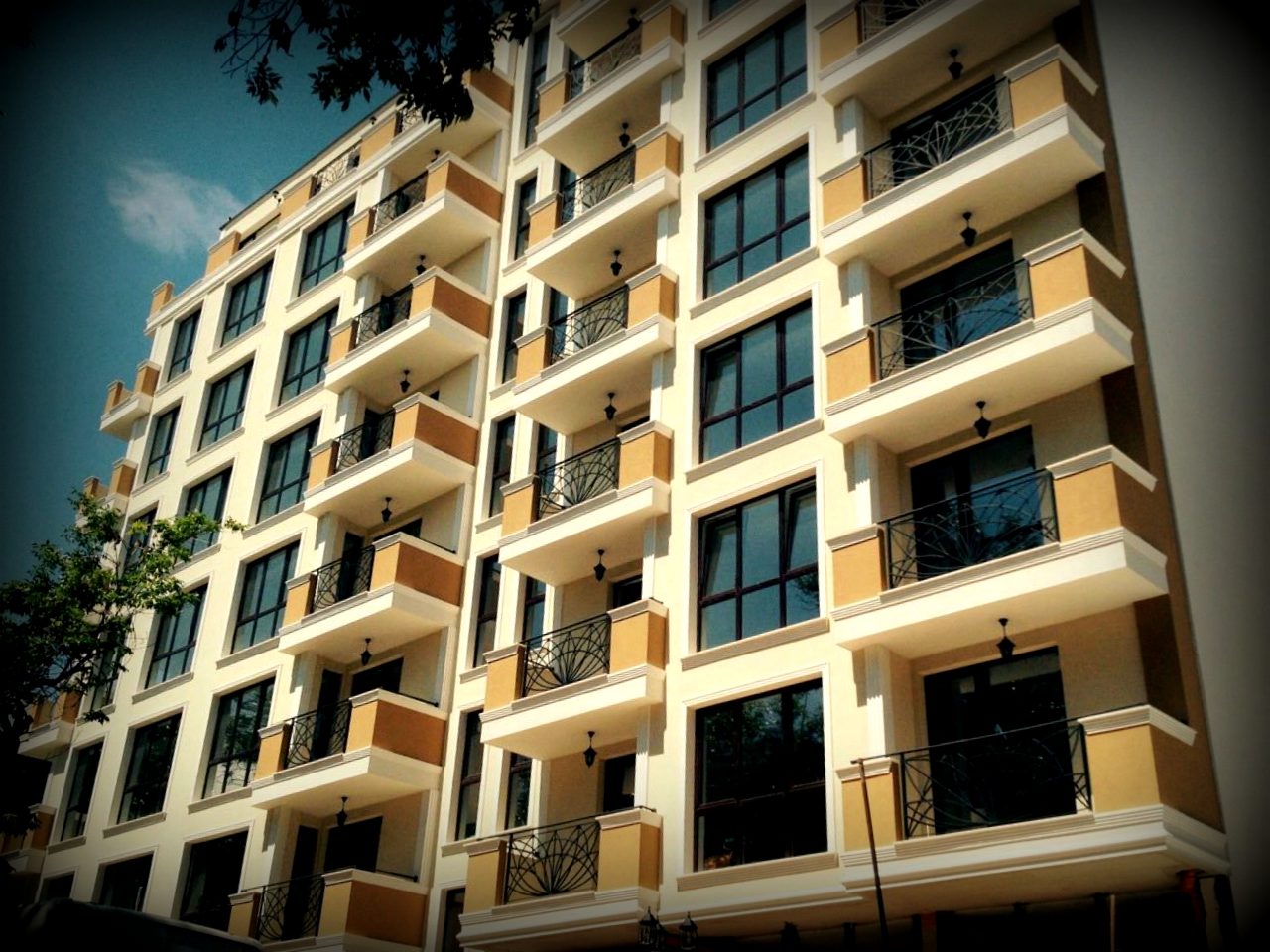 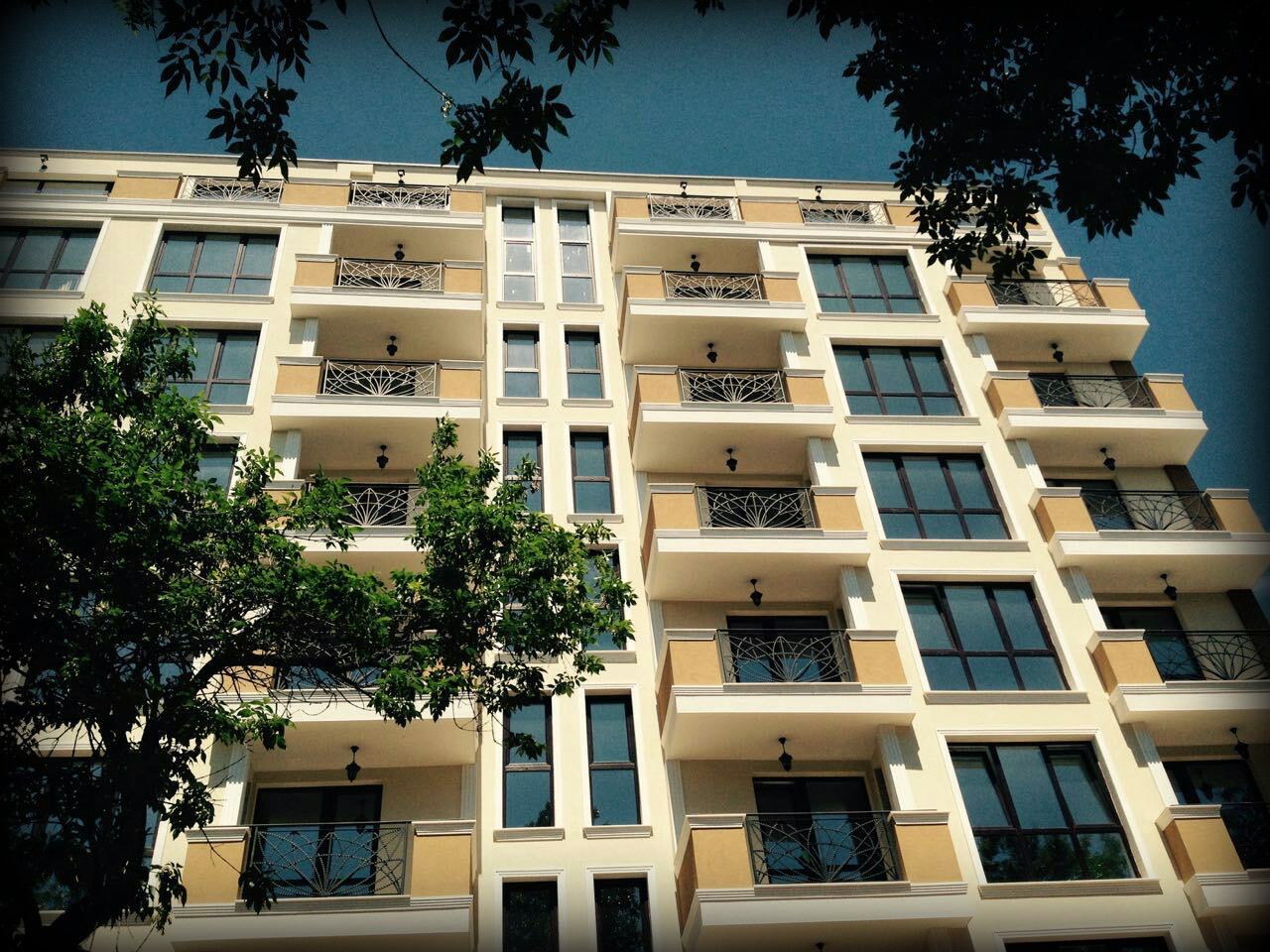 Plovdiv Apartments has developed a brand new modern residential building near Plovdiv Medical University and is proud to offer the best fully furnished apartments, studios and flats for rent in the center of Plovdiv at 6, Kavala Str.

This newly-built residential eight -storey building is located 60m from the Medical University and 160 m from the Dental Faculty of the Medical University and offers a variety of studios, one- bedroom apartments for rent, as well as two and three room units, especially designed for students, sizes ranging from 48 sq.m. up to 120 sq.m., which are particularly suitable for long term students’ accommodation.

The fully equipped apartments come with brand new furniture, set at a super communicative, yet peaceful street. The flooring of the apartments is artificial parquet. Each and every room is supplied with an air conditioner. Each studio flat and apartment is supplied with a kitchen compartment with hot plates, an oven and a refrigerator. These excellent homes provide a private washing machine and wiring for Internet and cable TV, as well as 32″ LED TV. A microwave, a second TV for the bedroom or a big fridge are available upon request for an additional small fee.

The building is supplied with an elevator, Wi-Fi, video surveillance, security, maintenance of the common areas for only 10 € per apartment per month, and personalized service of each apartment for an additional fee.

Besides its proximity to the Medical university, the top location of the property is completed by the easy and quick access to the center of Plovdiv, Central Park /King Simeon’s Garden/, the Main Square /Square Central/ and the Central Railway Station.

Special offers and discounts valid for bookings made by September 2016

Promotional prices of studios and one bedroom flats

PLOVDIV – THE HEART OF FERTILE THRACE

You find yourselves on the Balkan Peninsula in a city of hills and with a river, a city with many names and many faces. This city is Plovdiv, situated on the crossroads between the West and the East, amid the fertile plain of Thrace, where history and modernity go hand in hand, whereas since the ancient times until today culture and art thrive within a vivid medley of shapes, styles and colors.

Plovdiv is two hours away from the Bulgarian capital Sofia, four hours from the Black Sea and the same distance from the Aegean Sea. It was founded in the fertile Thracian plain, the stripe between the Balkan Mountains and the Rhodope Mountains, amid seven hills and the broad river bed of Maritsa, the river, still crossing it today. This magical place has for centuries attracted settlers like a magnet, has welcome and sent off different tribes and populations. Thus it has, little by little, piled up its collective memory.

There exists an exceptionally early evidence of life in these lands, the first settlements date eight millennia back, and it kept uninterrupted until today. Therefore Plovdiv is the oldest European city which was continuously inhabited and sixth in the world. This place is in itself a history manual, where you can familiarize yourself with the characteristics of almost all historical epochs and periods that left a lasting imprint on the city and shaped its varied identity.

It is people who are the repository of the collective memory of the city and those who draw the hologram of its future. It can be argued in this context, that Plovdiv is a real cosmopolitan city, having sheltered since the antiquity different ethnical groups. The multilingual facet of the city as early as the late Antiquity was extremely vivid there lived Thracians (the native population), Byzantines, Persians, Syrians, Jews, and Armenians. At present Plovdiv is the second largest city in Bulgaria with about 350 000 residents, consisting mainly of Bulgarians, but there are also Armenian, Jewish, Greek and Turkish communities.

The ancient facet of the city is presented by the mystical Thracians with their sanctuary from the northernmost hill Nebet Tepe, by the first fortress walls from the time of Philip II of Macedon (342 B.C.) and by a series of well-preserved archeological sites from the Roman period of the city (1-4th c.): Ancient Theatre, Roman Stadium, Ancient Forum. This is the Bulgarian city with the greatest number of unearthed Roman mosaics, part of which are being displayed in the Trakart Fine Arts Gallery, in the “Archeological” subway. During the 1-4th c. period Plovdiv was the biggest trading centre in the Roman province of Thrace, with its splendor and aristocraticism it made all the chroniclers admire and regard it with esteem.

The medieval history of the city was marked by dramatic and conflicting turns of events. During this ten century long period, the town was either part of Byzantium or of the Bulgarian State. The fortress has continued to play a defense role and the city kept its fame as a large trading centre, despite the attacks and destruction caused by the Barbarian tribes.

Time is running and approaches the fatal 14th c., when the Balkan Peninsula was conquered by the Ottomans. The fate of Plovdiv was not different. The outlook of the town was completely changed, the fortress lost its importance, the first mosques were erected… The Ottoman victors have realized that this was a place of old wisdom, and as early as the 15th c. many famous poets, healers, scholars and mages of the Empire paid visits to the town. A new religion – the Islam, both orthodox and mystical, has also found soil in the city. Two mosques from that time – Dzhumaya mosque (Friday Mosque) and Imaret mosque, and the Monastery of the whirling dervishes (“Puldin” restaurant) bear witness to these times.

You walk along the narrow streets of the Three hills and find yourselves in the old town of Plovdiv. In the 19th century this tiny oasis, like the long-lived Phoenix arose from the ashes and was regenerated for new life. Rich merchants began to build architecturally unique houses of the size of royal palaces. You contemplate the gorgeous wood-carved ceilings, the colorful mural decorations and around-the-world landscapes; you throw a glance from the so-called “gossiping corners” at the street so as to feel the rhythm of its life. You imagine the bustling gatherings and charity balls, organized by the wealthy hosts. Style, noblesse, generosity and peace are radiated from this area, surrounded by spacious courtyards with gardens and lush greenery such as the yards of the “royal” House of Kuyumdzhiogly and the houses of  Nikola Nedkovich, Stepan Hindliyan, Veren Stambolyan and Georgi Mavridi, turned today into museum-houses.

Plovdiv was the place of many first beginnings in the 19th c. – here in 1881 the Bulgarian professional theatre was brought into existence, Bulgarian printing and publishing were born, one of the first secular schools in the country was established, the Day of the Slavonic alphabet and Bulgarian culture was first celebrated, the Movement for an independent Bulgarian Church was set up. Some of the famous Bulgarian enlighteners, writers, translators and journalists have lived and worked in the town. After the Liberation (1878), quite deservedly, Plovdiv was named the cultural capital of Bulgaria. These traditions are still alive. Many theatre performances, concerts and festivals take place all year round. Such are the “Scene on a crossroad” theatre festival, the traditional Verdi Opera Festival, the International Folklore Festival, the Autumn Arts Salon, different biennales and exhibitions, literary premieres and music evenings. In 1999 Plovdiv has hosted the European Month of Culture and competes now for European capital of culture 2019.

Still, the heart of Thrace is not just history. The present day outlook of the city is not less versatile, diverse and attractive. You can stroll along the noisy main street, where you can pop into, see and try on the best fashion items in different brands shops, sit down for a coffee in the many pubs and cafes in the city centre, try the local snacks, relax and have fun. Amateurs of nightlife shall be attracted by the casinos and nightclubs in many places of the city.

The modern face of the city is complemented by its green spaces, represented mainly by the renowned city hills. They were originally bare and their greening was launched in the eighties of 19th c. and was ended in the thirties of the 20th c. They constitute today the green lungs of the city. The city parks were also started in the eighties of 19th c. and were designed by the renowned Swiss botanist and gardener Lucien Chevalas, whom the local community named “Minister of flowers”. It was Chevalas who has created the central city park in 1881, on the occasion of the first commercial exposition, and where until the present day rare botanical species and age-old trees exist and tell legends of old times, of greatness and splendor, of wisdom and living experience gathered across the centuries.

Unique and ancient, beautiful and artistic, spiritual and challenging – such in a nutshell is the city of Plovdiv and even today one is enticed to exclaim just like the medieval travelers: “You, stranger, stop for a while in the heart of Thrace so that you feel its rhythm and that you get impregnated by its harmony”.

*European Higher School of Economics and Management, founded in 2001,  is a non-profit private higher education institution , officially accredited/recognized by the National Evaluation and Accreditation Agency, Bulgaria, European Higher School of Economics and Management (EHSEM) is a small (enrollment range: 3,000-3,999 students) coeducational higher education institution. European Higher School of Economics and Management (EHSEM) offers courses and programs leading to officialy recognized higher education degrees such as bachelor degrees in several areas of study. This 15 years old HE institution has a selective admission policy based on students’ past academic record and grades. The admission rate range is 60-70% making this Bulgarian higher education organization a somewhat selective institution. International students are welcome to apply for enrollment. EHSEM also provides several academic and non-academic facilities and services to students including a library, sport facilities and/or activities, financial aids and/or scholarships, study abroad and exchange programs, online courses and distance learning opportunities, as well as administrative services.